Bill O’Reilly, almost getting it: 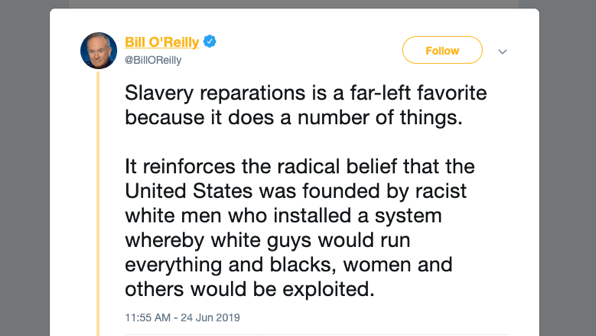 In case the graphic gets lost:

Slavery reparations is a far-left favorite because it does a number of things. It reinforces the radical belief that the United States was founded by racist white men who installed a system whereby white guys would run everything and blacks, women and others would be exploited.