On the left, an actual photo, from 1989, of a woman named Cinamon Hadley. On the right, Mike Dringenberg‘s drawing of Death, whom he co-created with Neil Gaiman. 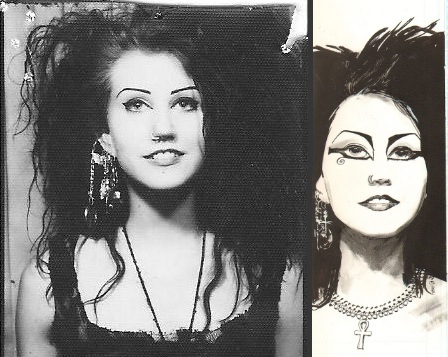 That the former was the inspiration and model for the latter is not a matter of conjecture. Dringenberg apparently drew her often. Even Neil says so.

Now in her earlier forties — just like the rest of us — she’s returned to Salt Lake City, but I was surprised to learn that, for a while, she lived here in Houston. Weird.