A couple years ago, when United ruined Continental and ended the carrier’s relationship with Amex, I picked up a fancy United-branded Chase Visa in order to retain some status with United. I don’t fly much anymore, and when I do I prefer Southwest, but carrying the card gets me into the club if I need it, and just having it makes me the equivalent of their lowest elite flier tier (which is something my Amex Platinum didn’t do).

Anyway, so, fancy Visa. When I got it, I was stunned at how oddly heavy it was. I assumed they used some denser plastic for it and didn’t really give it any thought beyond that. And since I mostly just have the card for travel, I don’t pull it out of my wallet much, and so the oddness was mostly forgotten.

Yesterday I got a replacement card in the mail, as the initial one had expired (without me noticing, actually). The new one is just as heavy, which renewed my curiosity a little — but not nearly as much as what came next.

I pulled out the heavy scissors to destroy the old card, as you do, and found the card basically un-cuttable. The scissors had no shot at all. In retrospect, I’m super glad I wasn’t downstairs in my office, where I would have blithely dropped the old card into my shredder and probably ruined it in the process. I didn’t really even get very far doing the bend-it-back-and-forth thing.

What did Chase use to make this demon card? Well, the scissors WERE game enough to scratch it deeply, and this is what I found when I pulled on the top layer: 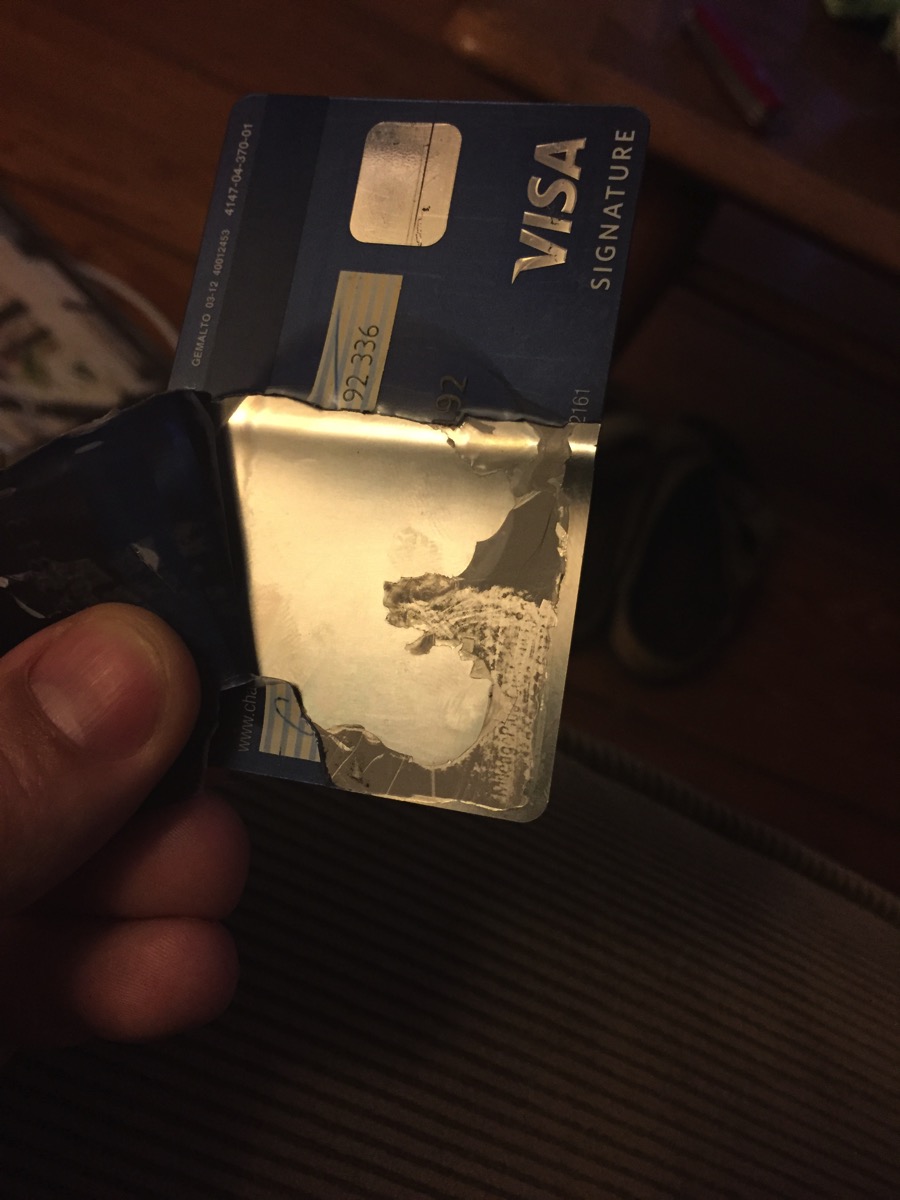 The damn thing is heavy because it’s made of metal with a thin layer of plastic on either side. WTF?