So for reasons known but to God, some Internet rando just favorited a picture in my Flickr stream from 2007. It’s from a then-current meme about what we carry in our pockets. Click thru, because the picture is annotated, but here’s a smaller version: 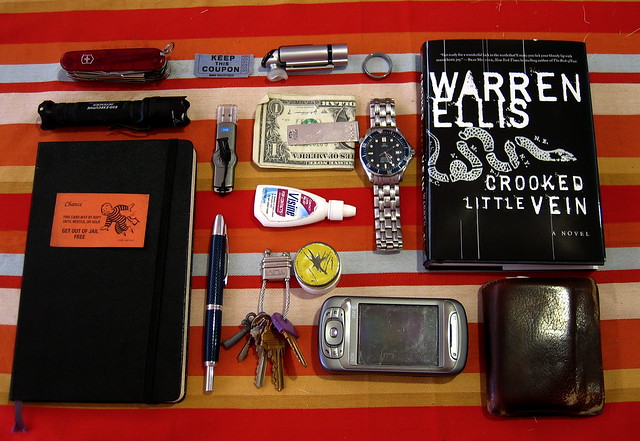 I’m amused at what’s changed, and also at what’s the same.