My personal booze hero Justin Vann has some thoughts on the Vulgar Hedonism of Brunch that you really oughta make time for.

A gift from my uncle, who’d built it from a kit; this stuff was serious hi-fi nerdery in the 1970s, and I was lucky to get it (along with a tuner, a pre-amp, a tape deck, and a pair of really great Fisher speakers).

Thanks to Uncle Bob’s largesse, I was a very well equipped freshman indeed. Perhaps my favorite parts of this era’s rig were that (a) the tape deck was a toploading thing, which interfered with stacking and (b) the CD source was actually a boom box with RCA outs, which made it a great mix of old and new.

Sadly, the Dynaco didn’t last the semester; I suspect it had been on a shelf for years, so putting it into constant usage in a dorm room was a bit of a shock. My friend Peter insisted he could fix it, so I let him have it, and have recently confirmed via Facebook that he STILL has it, and it STILL doesn’t work. Hilarious.

Anyway, I scraped together about $250 for this low-end Pioneer, but it served me well until I got out of the dorm and wanted to upgrade. It lived out its final years with Heathen Chief Legal & Pancreatic Counsel Farmer.

This was actually a bit of a debacle. I started out with a Sony, but the Sony kept crapping out, so the 2nd time I drove it back to Birmingham to swap out, I said “fuck it” and dropped more than I should have on what remains probably the most high end piece of kit I’ve ever owned. The Sony was like $600, but stepping up to the Onkyo was a cool grand (about $1700 in 2016 money). You could feel the difference in the weight alone, to say nothing of the feel of its controls (or my credit card bill, for that matter; I didn’t pay that off for YEARS). This guy was SOLID, and made my apartment into my first “home theater” experience with then-novel Dolby Pro Logic.

I actually used this one until 2000, when I upgraded to the next item on the list as part of moving into what remains Heathen World HQ. Even then, I used it as the bedroom stereo and then, later, as the stereo in my office until last year, when space and convenience led me to Sonos.

After that, it languished in the closet until I found a good home for it. (No, seriously. It’ll live out its life in the home studio of a musician friend of mine, which is approximately as close to “your old dog lives on a farm now” as you’re likely to get in this life.)

When I bought the house, I also bought some very fancy speakers and a new receiver, because modern home surround had gone digital, and the Onkyo didn’t know how to do that.

Eschewing more mainstream brands, I bought an Arcam from the same witch-doctor woo-filled audiophile shop that sold me the speakers, and it was a mistake. It was technically cheaper than the Onkyo had been, by which I mean its price tag was the same, but the 8 year gap meant it was about $300 less real money in 2016 dollars. It was British and idiosyncratic, which lead me to note that I could tell it was high-end audio because it was a pain in the ass to use.

It got back at me by requiring factory service TWICE before a third failure in 2008 led to its ignominious end in a recycling bin. Oh, and in this era, the Onkyo had a triumphant victory lap because we’d started buying used vinyl as cheap entertainment — it was the post-crash years — and the fancyboy Arcam had no phono stage. My old pal the Onkyo, of course, did.

With the Arcam dead, I bought this one quickly. And I think Mrs Heathen may have even paid for it just to get the TV and whatnot running again. It was the third straight box with the same price tag, but time meant that it was the cheapest $1000 box yet: about $1100 in 2016 money.

This one also marked the point when the AV equipment turned towards ease of use, which is great, because at one point when I was using the Arcam I sat down to write a quickie guide for a houseguest and ended up with five pages. To watch TV. Whisky. Tango. Foxtrot.

Oh, and this time around the device is smart enough to calibrate itself with an included microphone AND be controlled by an iPhone app should the remote be too far away. Progress!

(Hilariously, the speaker story is way simpler: from the Fishers to a pair of Cerwin-Vega D3s to a pair of Klipsch towers to the Vandersteens.

The Fishers got lost along the way somewhere when I got the hyperefficient (and thus CRAZY LOUD) CVs in 1988 (sorry, college neighbors!).

In 1997, I gave them to Tim Carroll and bought the Klipsches, which got demoted to surround speakers in 2000 when I bought the Vandys. They’re still there, which makes them the oldest bits in the kit and, come to think of it, eligible to vote. Wacky.) 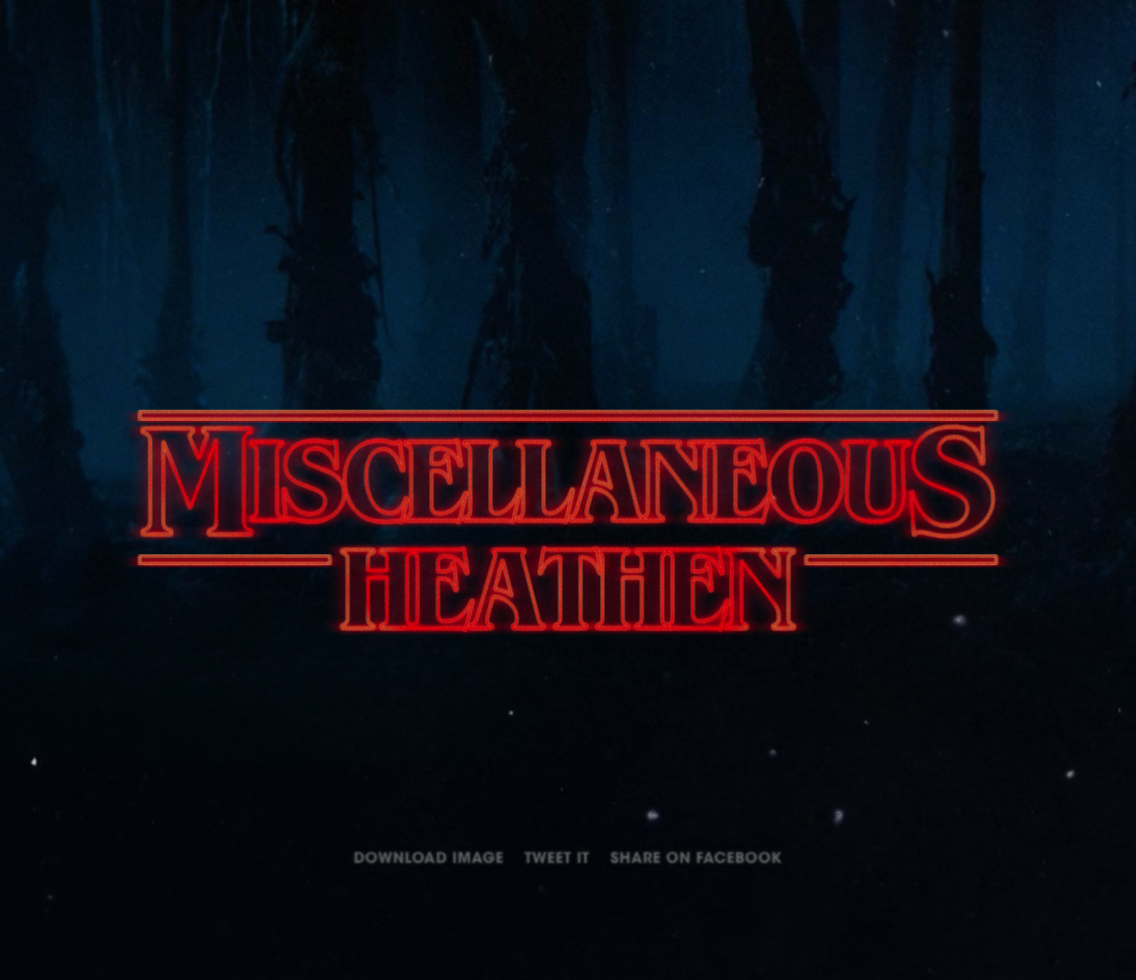 (This is all over the web, but is absolutely worth your time.)

Deadspin noticed that swimming has lots of ties, which is weird, so they asked why. The answer is really amazing: Turns out, swimming isn’t timed to the thousandths of a second — unlike many other events — because of the imprecision inherent in pools. The lanes themselves may vary by more than the length a swimmer can travel in a thousandth of a second, so timing at that level would be bullshit anyway:

In a 50 meter Olympic pool, at the current men’s world record 50m pace, a thousandth-of-a-second constitutes 2.39 millimeters of travel. FINA pool dimension regulations allow a tolerance of 3 centimeters in each lane, more than ten times that amount. Could you time swimmers to a thousandth-of-a-second? Sure, but you couldn’t guarantee the winning swimmer didn’t have a thousandth-of-a-second-shorter course to swim. (Attempting to construct a concrete pool to any tighter a tolerance is nearly impossible; the effective length of a pool can change depending on the ambient temperature, the water temperature, and even whether or not there are people in the pool itself.)

Whatever happened to WordStar?

A year ago, my life was pretty much the same. I was walking and riding and doing pretty much everything I do now. It was a welcome change from the previous winter and spring and the medical adventures they held.

Two years ago, I didn’t know it, but I was only 3 months from the start of that little adventure.

Five years ago, life was only a little different. I wasn’t riding yet. I was actually in a play, believe it or not. But I had the same job, and the same friends, more or less. A month later, I’d visit my niece for her fourth birthday in Jackson; she’ll be NINE next month.

Ten years ago, I’d been married for only a year. It remains the best thing ever. It was also the summer of Speeding Motorcycle, which is hard to even grasp today.

Twenty years ago, I’d only lived in Houston a hot minute — ok, 2 years — but I was still finding my feet here. I was months away from the best job ever and the friends I’d make there, but I knew that Houston was fast becoming home.

Twenty five years ago, I was in Tuscaloosa, freshly 21, living in a terrible duplex with a great friend, on the runway to “real life” and about to take off. I just wasn’t sure in which direction (but it turned out to be “west”).

Thirty years ago — the same year as the Challenger and Chernobyl — this very day, my life changed in a way that nearly everyone’s does at some point: my father died.

His cancer wasn’t as quick as the one that took my stepfather last year, but it wasn’t too slow, either: he had about 18 months from diagnosis to funeral. I was 16; my brother had just turned 11. Loss at that age becomes foundational, a key attribute to one’s character and development. It winds its way through me in ways I’m sure I’ll never really understand. Even though I rarely think of him now — perhaps a harsh thing to admit, but it’s true — I know the hole it left in my early life is still there. And it’s not just because I’m still not used to paying veterinary bills.

I’m 46 now. I’ve mentioned before that, after the delightful milestones we all enjoy in our twenties (graduations, weddings) and thirties (children), the menu for midlife milestones seems to tilt increasingly towards trauma. Divorces happen sometimes, but parental loss looms much larger and more universally. In your mid-40s, your parents are almost certainly into a realm of statistical danger. And, sure enough, I’ve been to parental funerals, so it’s increasingly normal that my brother and I are missing one, too.

What will never be normal is that we got there 30 years ahead.

Cheers, Dad. The list of things you’ve missed is enormous and ever-growing, and now I’m older than you ever got to be. You’ve been gone for two thirds of my life, and nearly 80% of Frank’s, and those numbers will just get bigger. I have no insight or conclusion, but maybe that’s just as well. 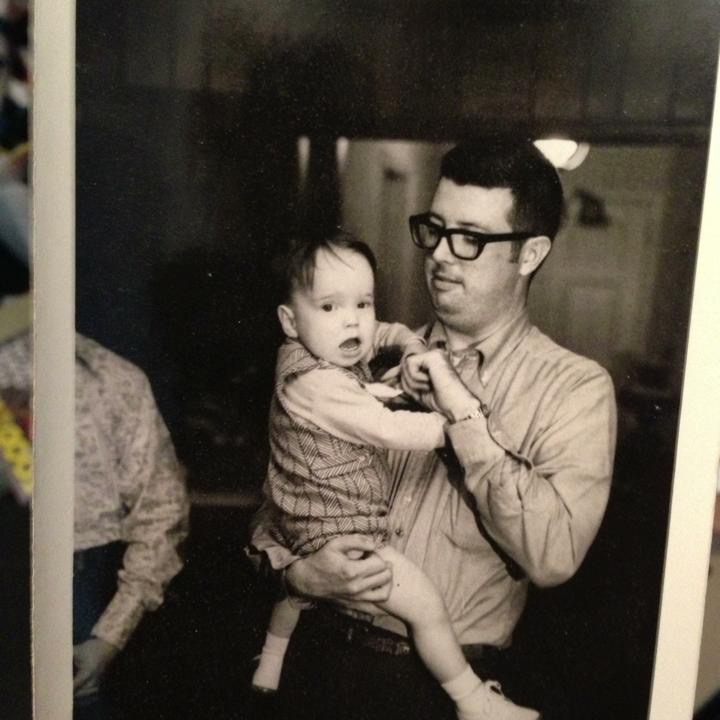