Turns oout, in addition to including a remote killswitch, keylogging and browser-history-stealing features you can’t easily disable, and a lying-ass “privacy mode,” it also sends your encryption keys to Microsoft.

More at The Intercept.

This is very, very bad.

…maybe scrub your mailing list once or twice? I’m happy to get your card, but I don’t need THREE of them. 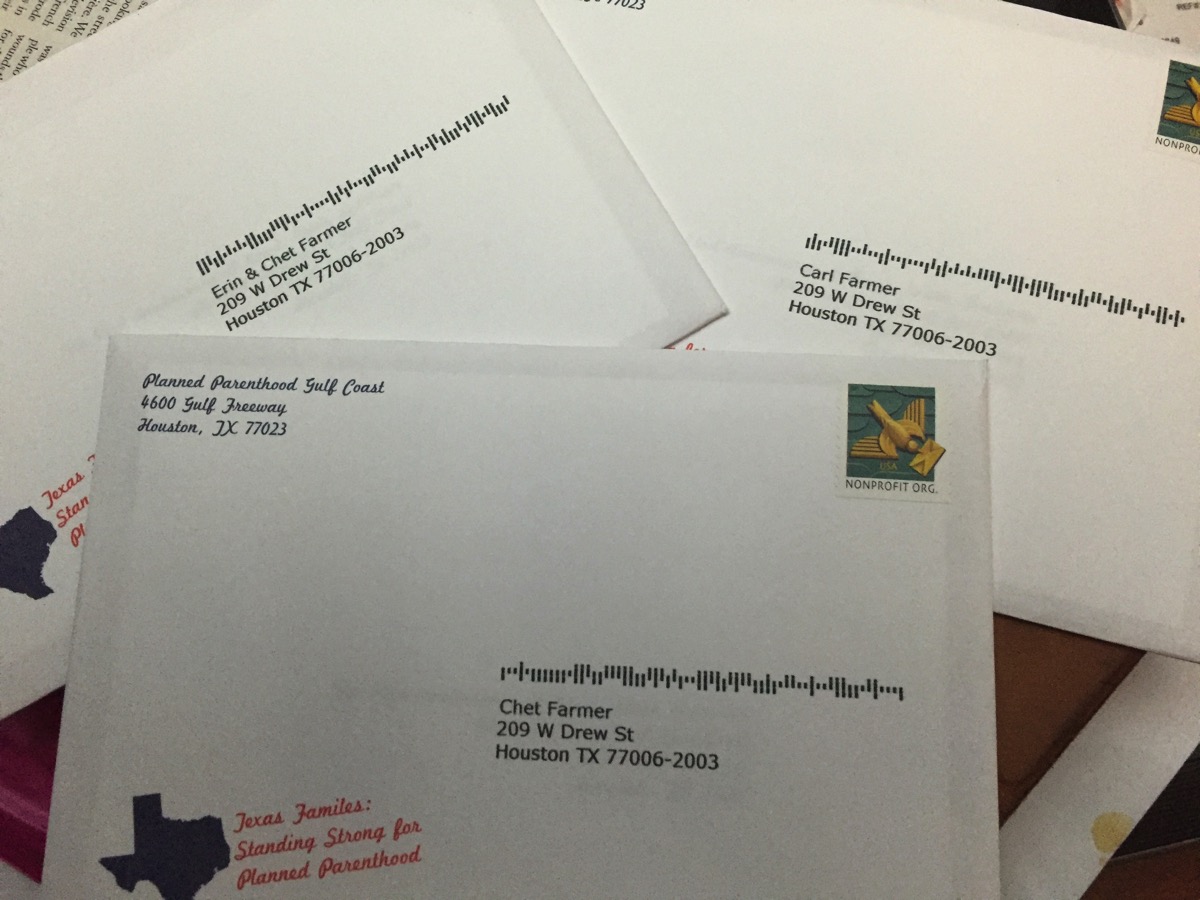 When using your fisheye, be careful about the placement of your hand on the camera body. Just because your hand is behind the lens doesn’t mean it’s not in the shot. 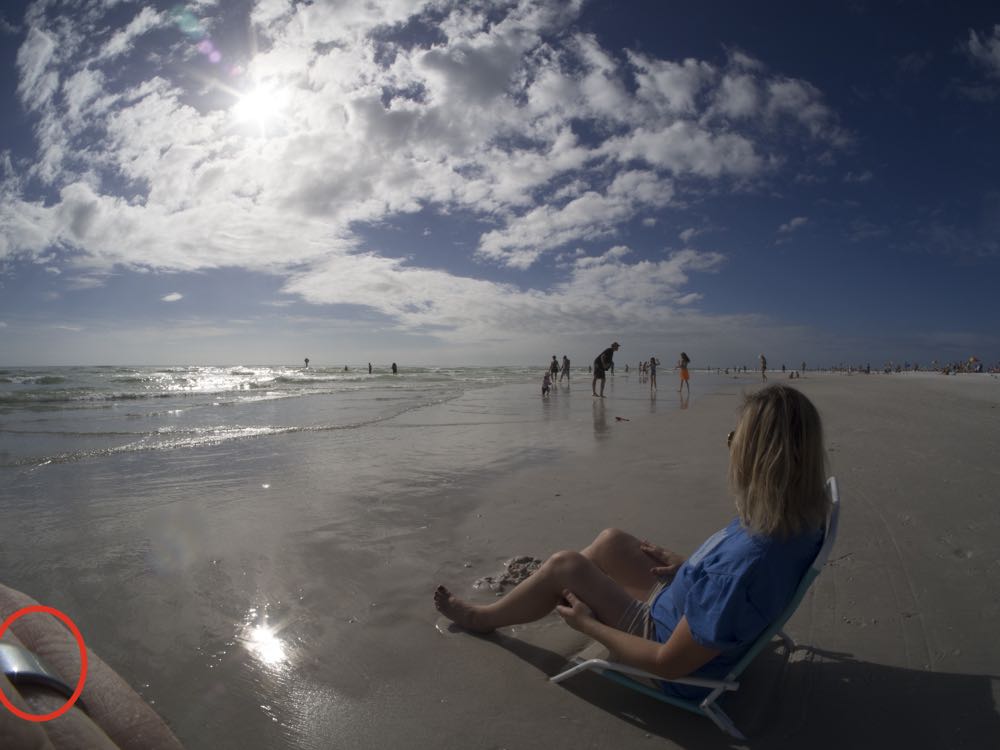 It’s a near-certainty that the NSA is who compromised Juniper firewalls by inserting a back door. Juniper has discovered and fixed the problem, but the idea that a government agency actively worked to undermine a security product is horrifying yet almost certainly true.

The IETF has approved the use of HTTP 451 to indicate a page that has been blocked for legal reasons.

Ray is happy, I’m sure, wherever he is.

America is too dumb for TV news:

Until recently, the narrative of stories like [Trump’s fantasy of dancing muslims in New Jersey on 9/11] has been predictable. If a candidate said something nuts, or seemingly not true, an army of humorless journalists quickly dug up all the facts, and the candidate ultimately was either vindicated, apologized, or suffered terrible agonies.

Al Gore for instance never really recovered from saying, “I took the initiative in creating the Internet.” True, he never said he invented the Internet, as is popularly believed, but what he did say was clumsy enough that the line followed him around like an STD for the rest of his (largely unsuccessful) political life.

That dynamic has broken down this election season. Politicians are quickly learning that they can say just about anything and get away with it. Along with vindication, apology and suffering, there now exists a fourth way forward for the politician spewing whoppers: Blame the backlash on media bias and walk away a hero.

Trump, meanwhile, has been through more of these beefs than one can count, even twice blabbing obvious whoppers in live televised debates. Once he claimed the Trans-Pacific Partnership was designed to help China, moving Rand Paul to point out that China isn’t in the TPP. Another time he denied that he once called Marco Rubio “Mark Zuckerberg’s personal senator.” The line was on Trump’s website as he spoke.

In all of these cases, the candidates doubled or tripled down when pestered by reporters and fact-checkers and insisted they’d been victimized by biased media. A great example of how candidates have handled this stuff involved Fiorina.

The former HP chief keeps using a roundly debunked line originally dug up by the Romney campaign, about how 92 percent of the jobs lost under Obama belonged to women. The Romney campaign itself ditched the line because it was wrong even in 2012. When confronted this year, Fiorina simply said, “If the liberal media doesn’t like the data, maybe the liberal media doesn’t like the facts.”

This is a horrible thing to have to say about one’s own country, but this story makes it official. America is now too dumb for TV news.

It’s our fault. We in the media have spent decades turning the news into a consumer business that’s basically indistinguishable from selling cheeseburgers or video games. You want bigger margins, you just cram the product full of more fat and sugar and violence and wait for your obese, over-stimulated customer to come waddling forth.

The old Edward R. Murrow, eat-your-broccoli version of the news was banished long ago. Once such whiny purists were driven from editorial posts and the ad people over the last four or five decades got invited in, things changed. Then it was nothing but murders, bombs, and panda births, delivered to thickening couch potatoes in ever briefer blasts of forty, thirty, twenty seconds.

What we call right-wing and liberal media in this country are really just two different strategies of the same kind of nihilistic lizard-brain sensationalism. The ideal CNN story is a baby down a well, while the ideal Fox story is probably a baby thrown down a well by a Muslim terrorist or an ACORN activist. Both companies offer the same service, it’s just that the Fox version is a little kinkier.

We are completely doomed.

In the article South Texas elderly couple tired of living on ‘Gay Drive’ loses battle with city to rename street’, the final graf is simply:

It’s unclear whether they were born on “Gay Drive” or if they chose to move there.

The byline is Madalyn Mendoza; she gets a gold star.

I saw this today at Talking Points Memo:

There’s zero chance this is a principled stand by Cheney. Make absolutely no mistake here, and remember that Cheney is a guy who thinks torture, indefinite detention at the will of the state, and invading unrelated countries in response to nonstate terror attacks are all fine and dandy.

No. This is about trying to ice Trump, because now the GOP establishment is well and truly terrified because he keeps not going away. If Trump is the nominee, they’re fucked, because most people won’t vote for this preening fascist blowhard, and the Democratic nominee wins in a walk. If Trump survives long enough in the polls to contemplate a third party run, their base is split and they’re fucked, because without every single angry reactionary white vote, the Democratic nominee wins in a walk.

Here’s the thing, though: This is a bed the GOP made. I’ve been making this point for a while, but the most succinct formulation of it is probably from Wil Wheaton on Twitter:

The GOP’s been laying the foundation for Trump since Nixon’s Southern Strategy and Reagan’s Welfare Queens. None of this should be a surprise.

If you spend 40 years building your politics on fear and hate of the Other, you shouldn’t be surprised if you eventually get a candidate like Trump that’s willing to say and do horrifying things to please the increasingly agitated core.

No. Just no. Longtime readers know I have an affection for series detective works (Jack Reacher, Spenser), so occasionally I audition a new line given that Robert Parker is dead and I read way faster than Lee Child can write.

Deal Breaker was not a successful audition.

What a disappointing mishmash! We grabbed this as an (unabridged) audiobook from the library for our Thanksgiving drive, and holy crap it’s a mess. The plot’s all over the place, and the protagonist — with the hilariously unlikely name Myron Bolitar — is completely Mary-Sue territory. He’s a former Duke basketball star! Who won the NCAA! Twice in four years! And was drafted by the Celtics, only to suffer a career-ending injury in a preseason game!

So he became an FBI agent — during which time he apparently did Big Important things that were Off The Record and SEKRIT — and a lawyer! And a sports agent (because obviously)! And a firetruck! And a millionaire! And a lion tamer!

Ok, I made up those last three, but the rest are true. Really.

Oh, it gets better: his best pal is a seemingly milquetoast old-money finance geek (“Windsor Horne Lockwood III,” we are told, with no hint of irony) who is apparently also a former sekrit agent man, only despite being of utterly average build it’s the little guy who’s the scary unbeatable badass and not the six-foot-four former professional athlete. Predictably, too, Lockwood has a questionable moral compass kept in check by his complete loyalty to Bolitar.

It’s also clear that Coben really, really loves Robert Parker’s Spenser novels. Bolitar says things constantly that I’m sure Coben thinks of as clever-like-Spenser (including literary quotes, which is just a bridge too far), but it invariably comes off as badly-executed mimicry. The Spenser analogs keep coming, too: obviously Lockwood is meant to be an adaptation of Spenser’s morally ambiguous pal Hawk, and just as obviously Bolitar’s unfeasibly attractive paramour is patterned on Spenser’s lover Susan.

I get that, if you’re working in detective fiction, it’s gonna be hard to get out from under Parker’s shadow. But it’s totally doable; here, it seems like Coben isn’t even trying (or, worse, it’s a deliberate attempt to capture some of the same readers — not for nothing, I expect, are Bolitar’s reactions to things around sex and women something more suited to someone decades older than Coben himself).

The whole thing is weak sauce, and best avoided. OTOH, it was free (yay libraries!) and helped pass time on I-10, so in that context it wasn’t completely without merit — but those points are kinda like saying a wine “pours well.”

Aurora is the tale of a set of interstellar colonists sent from Earth around 500 years from now, bound for the Tau Ceti system. Because this is hard SF set in a near-future real-world, there’s no magic propulsion: they’re cruising along at a pretty good clip — about a tenth of c — but Tau Ceti is 12 light years away. At that pace it’ll still take far more than a human lifetime to reach their destination.

Enter the idea of a generation ship. Generation ships are science fiction “arks” — you load them up with a critical mass of people, resources, animals, soil, etc., and establish a sealed and self-sustaining biosphere in the ship. People are born, live their lives on the ship, have children, grow old, and die, all in transit. The original volunteers will never see the destination, but their descendants might!

It’s an interesting notion, and is by no means unique to Aurora. Check this subset of the Wikipedia article, but you’ve probably seen it before in Heinlein’s Orphans of the Sky and episodes of the original Star Trek as well as Voyager. Earth’s wasteful, bloated humans are hanging out on a generation ship in Wall-E, and SyFy’s (pretty awful) Ascension was set on a simulated generation ship that the inhabitants thought was real.

I read this because the notion of a near-future hard-SF interstellar colonization story was interesting to me, especially if it was handled with the same deft hand that Stanley brought to his Mars trilogy twenty years ago. (And regardless of what I say here about Aurora, the Mars books are solid and fascinating.)

Boy howdy was I disappointed.

Candidly, this a bad book. Robinson believes — probably correctly — that the whole idea of a generation ship is inherently and fatally flawed, and that the very idea of dooming subsequent generations to a life lived in space is ethically dodgy at the least. On these points, he’s not wrong. What’s wrong here is that the book is basically a 480-page polemic with only occasional bursts of action or dialog. There is zero character development to speak of, presumably because it would’ve gotten in the way of his Galtian rants about the inevitable collapse of synthetic biospheres or whatever.

Also? Remember those parts in The Martian where Weir goes on at length about the science involved in this-or-that survival project undertaking by Watney? He was dinged for it by some people (not me), and the rightly elided most of it from the film (because films are not books). Robinson goes all in on those sorts of pursuits — about ecology on the starship, about micromanaging the starship during maintenance, and most egregiously for pages and pages and pages (often without paragraph breaks) about the orbital mechanics involved late in the book. What Weir did worked on paper because the book was from Watney’s perspective, and we needed to know his thinking. It fails here for a myriad of reasons, including the overwhelming volume of the repeated technical info dumps, and also the amount of story and development that they shove out. (Seriously: the text is so bloated that you could tell the actual story here in a short magazine article.)