(for my nerds only)

VI(M) is hard, and sometimes we need to take drastic measures. We understand your needs. Maybe you’re new on the job, and you forgot to set your default text editor to nano, emacs, gedit, whatever. VIM pops up and now you have to make a choice…

You know you want to see what this is…

In 2007, after a well-timed robbery, I bought an Olympus OM-D E-M1 mirrorless (m4/3) camera to replace an aging (and now gone) Canon Rebel. It was pretty great!

Then, late last summer, I upgraded again: this time, I jumped ship to Sony’s full-frame mirrorless line with an A7ii, which of course required all new glass, but I’m a man of simple tastes so the whole thing was still not crazy expensive. And I’m OVER THE MOON about this camera; seriously, it’s amazing.

And, even at the time, I honestly never really considered staying with Olympus. They didn’t have something interesting to me — and Sony was wowing the world with their small-body full-frame line, which allowed drastic improvement in the areas of photography most important to me.

Turns out, this was probably a good call: Olympus has exited the camera market in Korea. It’s hard not to read this as a harbinger of further exits to come.

A marketing mail from a neo-trad menswear line I’ve bought from: 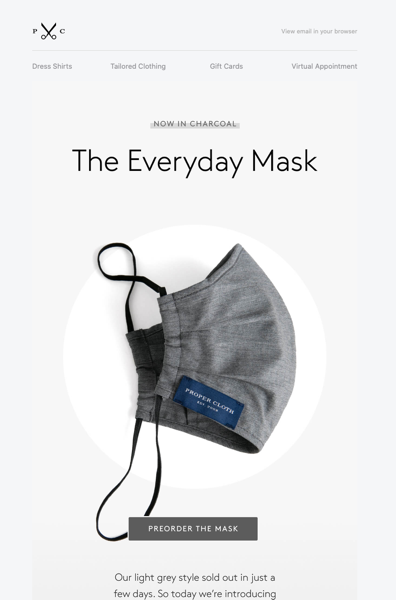