This Atlantic piece has a pretty alarming title — The Coming Software Apocalypse — but, well, it’s not entirely wrong.

Thirty years ago, we wrote (mostly) to the bare metal. The whole system was plausibly knowable. Now, software is built on software that’s built on software; it’s turtles all the way down, and it’s impossible to understand the entirety of ANY modern effort — because even if you have perfect knowledge of YOUR code (or your organization’s code), you’re dependent on libraries and systems running below you that are opaque.

If all this was just about controlling your VCR or your favorite Office app, it might not matter as much, but we are insanely cavalier about software quality in places where lives are at stake — in 911 systems, in cars, and especially in avionics. But think also about power plants, or other critical areas of infrastructure. Software quality (avoidance of bugs, from the benign to the catastrophic) and software security (keeping others from exploiting the code) are quite often afterthoughts, if they’re thought of AT ALL.

(Incidentally, this is why most software people stay far, far away from “internet of things” gadgets controlled via apps and the cloud. They’re AWFUL from a security POV. And so is your car, most likely. And so is your so-called SmartTV. At our house, the Samsung isn’t even on the network — we use it as a dumb display panel, because we do not, and should not, trust Samsung’s code.)

The piece goes into some ways we might be able to ameliorate this in the future, and some of the steps are very technical and some honestly involve a bit of magical thinking. But a key aspect is taking these things seriously from the getgo, and not being cavalier about any of them (as, say, Jeep and Toyota have been).

Earlier this year, scientists found a previously-unknown genus of spiders, all of whom have a velvety appearance and live underground.

Accordingly, they named the genus Loureedia, which something about which I could not be happer.

I’ve been sitting on this for months, but now that we have a vaccine on the horizon it may finally be useful to some of you: YOUR GUIDE TO NOT GETTING MURDERED IN A QUAINT ENGLISH VILLAGE.

This is low-key hilarious.

As many of you know, my father in law passed away Monday morning. As designated family tech and photo person, I’ve pulled together a set of pix from over the years and assembled a slide show for the family to use in the eventual service.

I used the Photos app on my Mac, because it’s easy to do, and it comes with themes and does a pretty good job of assembling transitions and stuff. It even comes with free-to-use background tracks!

Photos can export to video, and I then uploaded the video to YouTube to make it easy for my mother in law & etc to use and share.

Which is where it gets weird, because I just got this from YouTube’s copyright squad: 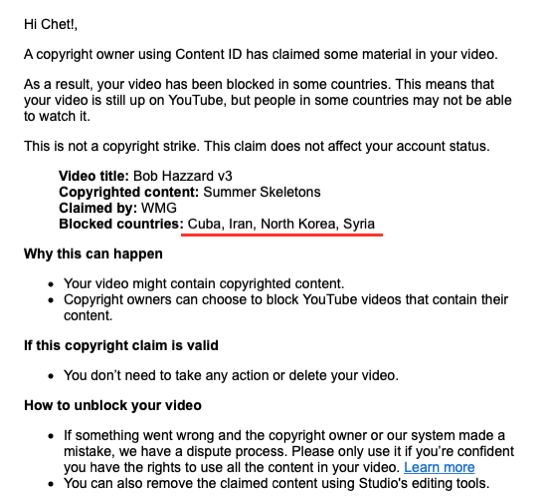 Fortunately, nobody in those countries will need to see the video. I am, however, wildly curious as to how Apple’s supposed free-to-use music is encumbered by copyright only in Cuba, Iran, North Korea, and Syria. I mean, WTF?

Scientists renamed human genes to stop Microsoft Excel from misreading them as dates.

I swear to god, the most common thing said to an Office product MUST be “goddammit STOP HELPING ME.”

DevTerm is so completely in my wheelhouse — and yet so completely NOT something I actually NEED. I mean, holy shit that thing is cute as hell.

This about sums it up. 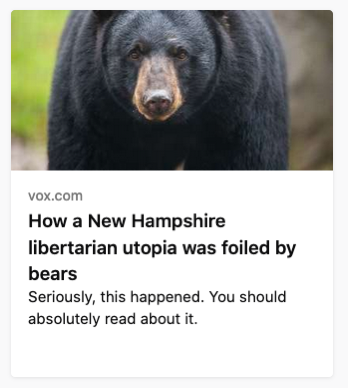 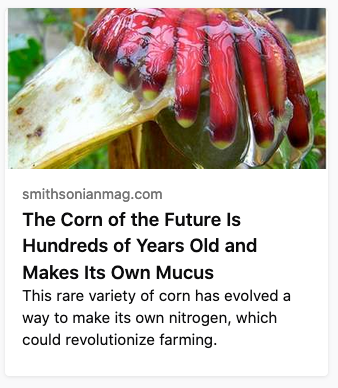 Just what it says on the tin, using an enormous lifting barge system and a big-ass chain.