I fucking love the Skittles ads.

“Is this what you were looking for?“

This year, Emmet Otter turned 40. It aired in Canada first, for Christmas 1977, before hitting HBO the next year, and network TV 2 years later.

Here’s a nice oral history. You probably remember it fondly from your childhood, but it’s also a tour de force of groundbreaking puppet filmmaking. No, I’m not kidding:

Though filled with old-fashioned charm, Emmet Otter actually employed a savvy blend of age-old puppetry techniques and cutting-edge animatronic technology. Engineering wizard Franz “Faz” Fazakas, a frequent Muppet collaborator, designed the rowboat that could be steered along the set’s 50-foot river, and rigged versions of Ma and Emmet that could be operated via remote control while they were on the water.

The tale of Frogtown Hollow continued to hold a special place in the hearts of those involved — including Henson, who included one of Emmet Otter’s songs in the musical program he designed for his memorial service [in 1990].

Paul Williams: The last thing that I ever expected was to hear “When the River Meets the Sea” at Jim’s funeral. It was an especially emotional moment in the funeral for me

(Oh, and, don’t miss the actual no-kidding blooper reel, shot during the 33 takes it took to get the “drum rolls out of the shop” shot.)

When I was a kid, my dad was a veterinarian. In the 1970s, there was no office computerization, so he kept his patient records on yellow cards. As each card filled, he’d add another to the top of the stack, forming a reverse-chronological record of the client’s visits.

(I’ve never seen these size cards anywhere else, but they were cleary a Thing at the time. In my memory, they were each about a third of a sheet of typing paper, but on heavier stock; he also had sturdy steel cabinets to file them in, so it was clearly a standard of some kind.)

Obviously, over time, these card stacks got thicker and thicker — some quickly, because the client had lots of animals; some more slowly, just on the strength of long-lived pets getting their annual attention for years upon years. By the early 80s, when I was working part time there, a few were over an inch thick; these belonged to the families that had sought my father out when he first hung his shingle in 1964, and still used him, many pets later, in the 1980s. Perhaps the fattest belonged to the Slay family.

When my father first opened, he sent my mother out to find an accountant about their age. People didn’t move around as much back then, so the plan was to find one they could keep forever. Mother found Herbie Slay, and as the story goes that same day Mrs. Slay brought their dog to dad for a checkup. In small towns, there’s a lot of that sort of backscratching. (Incidentally, the firm Mr. Slay founded still does my taxes every year; Herbie, sadly, passed away a year or two ago.)

The Slay file was, to my early teen eyes, an artifact from another time. Sure, the top page was from last week or last month, but there at the back were records my father wrote when Johnson was president, when men wore flattops, when Vietnam was in the news every day. Impossibly long ago, I thought. When Dad died, in 1986, I meant to save that file, or at least the first page, but in the rush and chaos and haze of funeral and clinic sale and grief, it didn’t happen, and so now it lives on only in my memory.

I’m nearly 48 now — older than Dad ever got to be — and I know better than to think of 22 years as an eon, though of course it still is.

Today, I took our cats to our veterinarian for their annual shots. They hate it, obviously, and they hate it moreso because even though the clinic is inside the Loop, there’s no good freeway option, so it can be a half hour drive on congested surface streets to get there.

Back then, it was just Dr. Alice Frei and maybe one tech in a storefront in Bellaire, around the corner from my first home here, and chosen for proximity as much as anything else. Over time, she grew that clinic, and I didn’t always see Dr. Frei anymore. She’d taken partners, or hired subordinate vets, or something, but that’s what happens, and they were all nice people. At some point, she moved to a nice new building. I was happy for her growth and success, and we always got good care there. Even when our old girl Bob was so sick we had to seek out specialists, they still reached out to us for updates, and sent us a card when the end came.

But this time around, when we called for our annual appointment — several months late, I must confess — I learned that Dr. Frei wasn’t there anymore, and that she’d sold the practice and moved to Virginia. “Good for her,” I thought. But also: “Well, crap.”

So we went today, and at the end I mentioned that, gosh, if it’s not Dr. Frei anymore, I’m not sure I’m going to keep driving this far, and how would I go about transferring records?

The veterinarian completely understood. Of course they’d send records over to wherever we wanted. “That makes perfect sense; most of our customers are very close, so we totally understand.” I felt awkward about it, but he was very gracious and kind.

We boxed up the cats, and I went out front to pay. As I was paying, though, the vet came back out, smiling. “You know, Mr. Farmer, we have a sequential numbering system for client records here. Each new customer gets the next number.”

Sure. That makes sense.

“The newest record in the system is 7200 something.”

I had the sense, 23 years ago, that Dr. Frei’s was a new practice, and I liked that about it. I didn’t realize how new, or how early I was on that August afternoon in 1994. Driving home, I couldn’t help but remember those fat, multi-stapled cards in Dad’s office 30 years ago, and the history they represented. But math will get you; our file at Southside Place reaches back to August of 1994, which is deeper than any file my father ever had. To my everlasting shock and bemusement, we’re the subject of a file just as ancient as the Slay file seemed to me in 1986.

Among the many surprises of middle age are these moments when you find yourself looking at some aspect of life from exactly opposite perspectives, separated by a decade or two.

Life is weird and wonderful. I wouldn’t have it any other way. 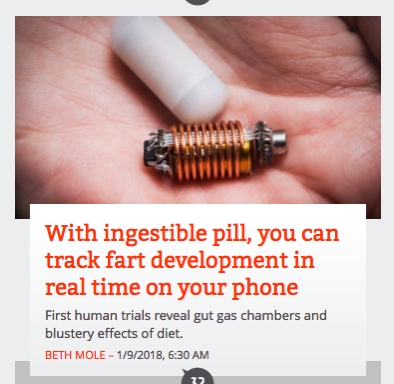 There is apparently a trend among halfwit, muzzy-headed interior decorators to encourage clients to shelve books backward because “more consistently neutral color” matters more than “being able to find a book.”

It’s probably time to bring back tarring and feathering.

This is old, but great: The Scariest Thing About the Hellcat is the Third Owner

For those of you who don’t know what the Hellcat is, please allow me to provide the following background: it is a 707-horsepower rental car.

Do you know that Dodge Charger you rented a few months ago? When you landed in Dallas? And they were out of midsize sedans? And you couldn’t figure out why it smelled so bad? And the interior was made out of the same quality plastic they use for a Parmesan cheese container? Well, imagine that thing with more power than a Ferrari Enzo. That’s a Hellcat.

At the moment, they sell the Hellcat in two varieties. There is the Dodge Challenger Hellcat, which is a rather large two-door vehicle. And there is a Dodge Charger Hellcat, which is a rather large four-door vehicle. Reportedly they will soon be making a Hellcat version of the Jeep Grand Cherokee, which will serve as the primary example for at least the next decade when people in other countries discuss American excess.

Why the third owner, though? Well, he tells us:

You see, the first owner of the Hellcat is going to be a pretty careful, cautious, reasonable guy. The car’s price tag ensures that: most Hellcats cost somewhere in the $60,000-plus range, which is right in the heart of “careful, cautious, reasonable guy” territory. If you’re spending sixty grand on a car, you’ve probably been around enough attorneys in your life to know that the guy with the 707-horsepower car is the first person to get sued after an accident, even if the accident involved an industrial forklift and the 707-horsepower car was parked four blocks away. So you’re careful.

The second owner is different from the first owner in the sense that he didn’t buy the Hellcat because it was the latest and greatest thing. He bought it because he lusted after it from the moment it came out – he just couldn’t afford it right away. So he buys the thing when it’s one or two years old, and he cherishes it. I mean he cherishes it. To the point where he creates one of those little plaques that he places next to his car when he brings it to cars and coffee.

The third owner will buy a Hellcat ten years from now. He will be under 30 years old. He’ll look for one with high miles, or a rebuilt title. And he’ll drive the thing like a cocaine fiend playing Mario Kart.

The problem with the Hellcat’s third owner is that he won’t be as cautious as the first owner, and he won’t be as obsessed with preservation as the second owner. He’ll just want cheap speed, and the Hellcat will provide it.

Now, if you’re the parent of a young child, this could be a serious problem when your kid grows up. Consider it: when I was 20, the fastest thing anybody could reasonably afford was a first-generation Cadillac CTS-V, which had 400 horsepower and a gear lever that felt like you were stirring butter with a rope.

But if your kid is eight or nine years old right now, he will reach 20 at a time when the seven-hundred-seven horsepower Hellcat is something his friends might be driving. As a parent, this changes your duties: you will have to educate your child about crossing the street, and talking to strangers, and finances, and sex, and friends with Hellcats.

Think of it this way: by 2026, a high-mileage Hellcat will be a sub-$30,000 way to get 700 horsepower; a 200-mph car that no longer requires a professional degree, or an MBA, or a long, successful career, or a profitable startup. All it will require is a promotion to assistant manager of a Pizza Hut.

ZOMG THIS IS AWESOME.