A Maine Republican running for State Senate is attacking her opponent for playing World of Warcrat, and includes in the attacks in-game quotes taken out of context, forum posts, and weird accusations based on her in-game class and role.

Oh, Republicans. I keep thinking you’re done, and you keep finding even more impressive ways to be stupid.

I think it’s weird that I’m being targeted for playing online games. Apparently I’m in good company since there are 183 million other Americans who also enjoy online games. What’s next? Will I be ostracized for playing Angry Birds or Words with Friends? If so, guilty as charged!

What’s really weird is that the Republicans are going after my hobbies instead of talking about their record while they’ve been running Augusta for the last two years. Instead of talking about what they’re doing for Maine people, they’re making fun of me for playing video games. Did you know that more people over the age of 50 play video games than under the age of 18? As a gamer, I’m in good company with folks like Jodie Foster, Vin Diesel, Mike Myers, and Robin Williams. Maybe it’s the Republican Party that is out of touch. 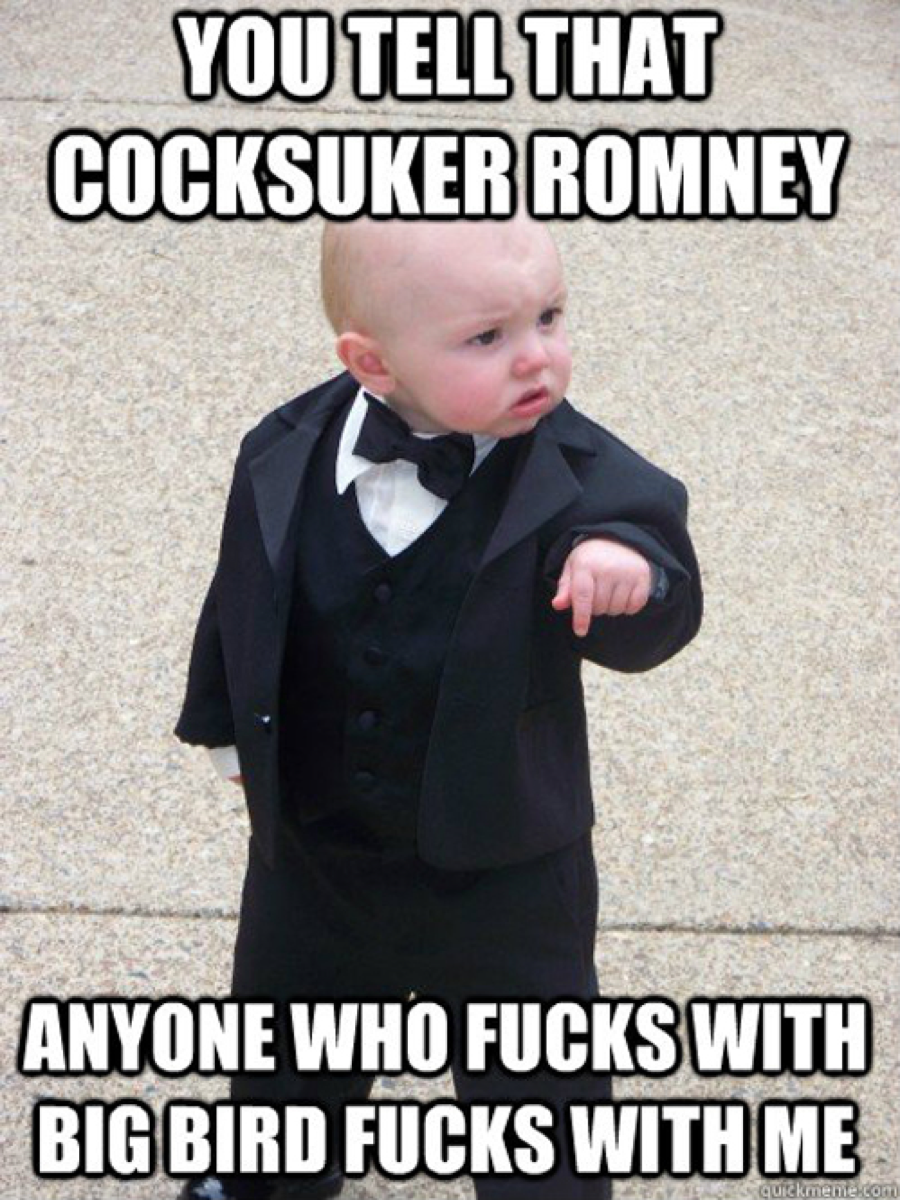 Esquire earns its keep this month with the Brian Cox guide to Scotch pronunciation.

In accordance with tradition, the additional header graphics have the following names:

The old set are still in the mix, too. Variety is the spice of life, after all.

I just realized something kind of breathtaking in its awesome boneheadedness.

The “Desktop” folder in Windows has always been a troublespot for them, conceptually. They do their level best to convince you that the Desktop is actually the “top” of your whole computing tree, but that’s materially not true; actually, the “desktop” is just a folder in your user directory. Drill far into down, and you’ll find that the “desktop” Windows Explorer shows you at the top will contain, inside a nest of other folders, itself.

Yeah, turtles all the way down. I’m sure that’s NEVER confused anyone.

Well anyway, I work off the desktop, mostly, in my Windows VM. I drop working files there, so I interact with it quite often. I keep little in the VM long-term, so I don’t want things getting filed away in My Documents or whatever where out of sight becomes out of mind.

It turns out that if you drill down to the desktop normally — usually, by choosing “Computer” and then “C:” and then “users”, then your username, and then “desktop” — you see pretty much the correct contents:

But if you make the Desktop folder a favorite by dragging it to the navigation bar in Windows Explorer, it apparently becomes the MAGIC DESKTOP, and Microsoft helpfully adds a bunch of other clutter:

Look! Extra shit in one view that’s missing in the other — in what should be exactly the same view. Nice.

There does not, by the way, appear to be a way to:

a. Remove these stupid extra links; or
b. Create a “favorite” link to my desktop folder that doesn’t include them.

And they wonder why people hate Windows.

There’s a thing in computing called “the principle of least surprise.” It’s the idea that, when you’re building a system, you don’t want to shock the user with unexpected behavior. This is an excellent example of a violation of that rule, and of the kind of bullshit that happens when you design by committee. 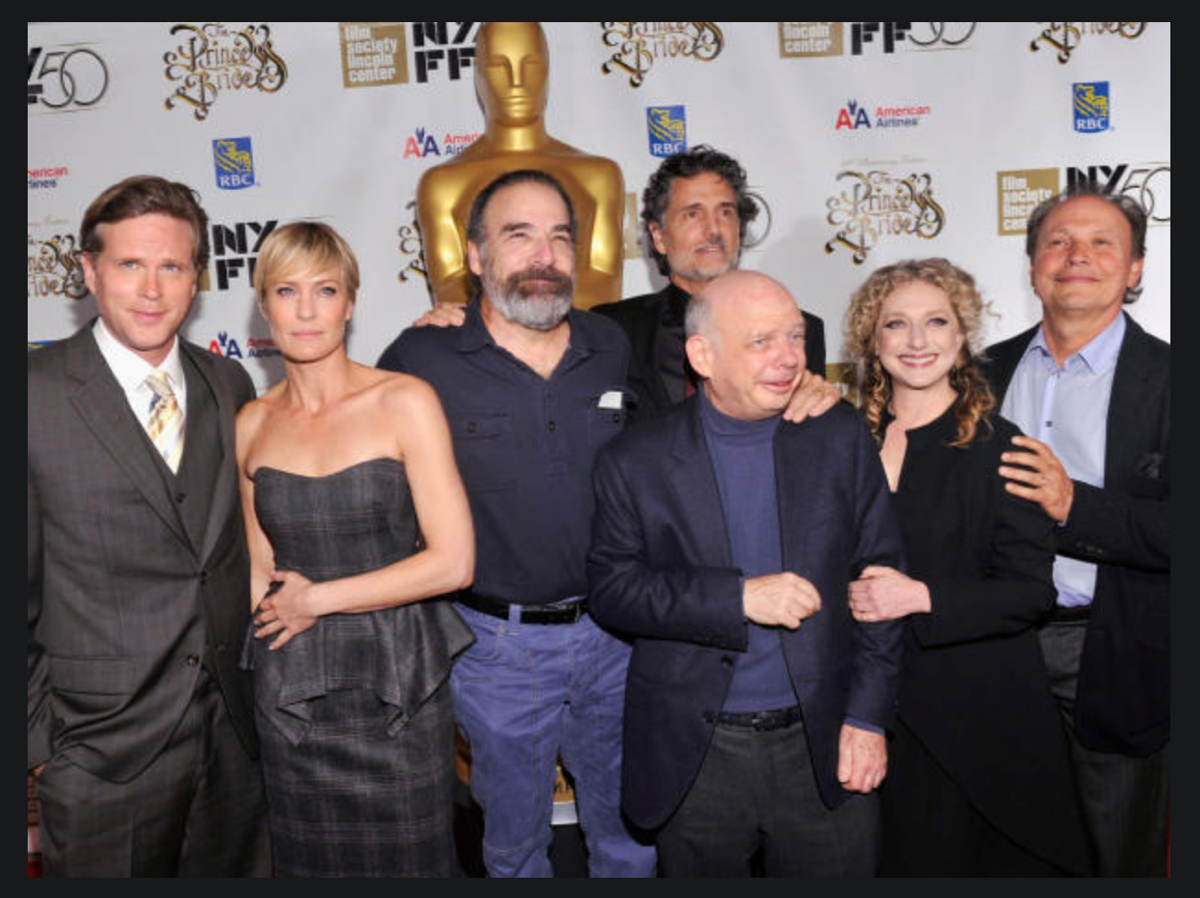 For the record, ages then and now, from left to right:

In the “somewhat distressing” category: of the main cast, only Sarandon and Shawn were older than I am now.

Related: I wondered if Chris Sarandon and Eric Roberts should team up in some kind of “creepy (ex)relative of awesome leading lady” project, but it turns out they did do a movie together in 2000. It appears, however, to have garnered only mixed reviews despite the presence of Cary Elwes.

This brilliant Etsy store (no, really) kinda reminds us of something we can’t believe is still online, which I first mentioned over a decade ago.

This country does in fact have a serious deficit problem. But the reality is that the deficit was caused by two wars – unpaid for. It was caused by huge tax breaks for the wealthiest people in this country. It was caused by a recession as a result of the greed, recklessness and illegal behavior on Wall Street. And if those are the causes of the deficit, I will be damned if we’re going to balance the budget on the backs of the elderly, the sick, the children, and the poor. That’s wrong.

This is pretty flabbergasting. Seriously.

“What’s killing us is all these entitlements, we’ve got to get rid of all of them. All this welfare, food stamps, Medicare, and then big government health care on top of it, it’s all just too much! When do we say enough is enough?”

What do you mean, exactly, I ask him. You say people are suffering under Obama, don’t they need some help?

“No. No more help, enough is enough. People have to pick themselves up, take some responsibility. Why should we be paying for people’s mistakes and bad choices? All these illegitimate families just adding to the population, making all these bad decisions, then asking us to pay for it? It’s time to cut them off.”

I ask for some clarification: what do you mean, just starve them out? What if people can’t find work? Let them starve?

“Look, there’s always something you can do. You telling me people can’t make a choice for a better life? We have to help all of them? No. I’ll tell you what really need to do with these illegitimate families on welfare—give all the kids up for adoption and execute the parents.”

The nearly-exhaustive Bionic Wiki might well eat your afternoon if you ever had one of these or one of these. The level of attention to detail — plot summaries! discussions of contradictions! chronologies! — is astonishing.

Incidentally, the list of toys hilariously confirms my recent recollection of the fundamentally sexist divide between Six Million Dollar Man toys and counterparts created for The Bionic Woman. In lieu of the Command Center, for example, Ms Sommers had to make do with a Bionic Beauty Salon.

The Jackson niece just turned five. There are pictures.

I can’t stop laughing at this cartoon gif diptych.

This new camera I picked up has made me pretty happy. I’m sure I’m leaving a little on the table vs. a DSLR, but the size more than makes up for it.

But that doesn’t mean I’m entirely pleased, and here’s why: Every piece of documentation for the Olympus refers to it as having a USB port. It ships with a cable that looks like USB, too, and sports two ports that look, at first glance, like one is probably micro- or mini-USB.

I happened to use the supplied cable the first couple times I downloaded pix, so I didn’t actually notice that there was anything weird until this weekend.

When I was out of town.

I hadn’t bothered to take the actual Olympus cable with me because, as a pretty seasoned traveller, I keep a couple spares in my “travel kit” that live in my bag all the time.

It wasn’t until Saturday afternoon that I realized I had a problem. The ports on the Olympus may technically be a variant of USB and not just some goofball “fuck you port” from Olympus, but the end result is the same: you can’t buy a cable for this camera at Best Buy or Target. You have to use the fancy CB-USB6 cable.

This sin is compounded by the fact that Oly seriously downplays the incompatibility of the supplied faux-USB cable; it’s just called a “USB cable” in all documentation, and sports a normal USB tip on the computer end. Only DEEP in the manual (supplied only on PDF) does it state that users should only use the supplied cable. Cute.

Here’s the news, Olympus: People in 2012 have an expectation of easy connectivity. Pretty much everything has a normal USB port on it now. That’s how shit should work. The era of needing to keep up with dozens of different cables for one’s devices is past, and thank God for it. Using this connector today is complete bullshit, and represents a giant fucking step backwards. You should be ashamed of yourselves.

It also makes me a whole lot less excited about my new camera. I feel a little duped, to be honest. So, you know, fuck you for that, too.

Wouldn’t you like to hear Mumford & Sons do “The Boxer” with renowned dobro player Jerry Douglas?